Share a memory
Obituary & Services
Tribute Wall
Read more about the life story of Frank and share your memory.

Frank J. Hartley of Hebron, 95, the eldest son of James and Elsie (Watson) Hartley, was born July 15, 1927 on a farm in Thayer County west of Belvidere. He departed this life January 2, 2023, at Thayer County Health Services in Hebron, just shy of 95 and a half, which would have made him the second longest living person in his family history.

Frank grew up in the Belvidere area attending School District No. 99 before moving to Hebron after his father James died of cancer in 1938. Frank was 11 when his father passed away and he had to grow up quickly. He took many jobs working as a farm hand and was quick to help anyone who asked. He spent his youth keeping an eye on his little brother Donald “Pinky” Hartley, studying hard in school, and doing what any young boy does, being a little ornery.

In May 1945, during World War II, Frank enlisted in the Navy at Hastings, Nebraska. He wanted to join the U.S. Air Force due to his love of planes and his previous work at the Bruning Air Base but he wasn’t old enough to enlist. He boarded a train in Omaha and rode to Chicago’s Union Station and then to the Great Lakes. Here he was to start boot camp but was pulled out to perform work for Sea Bees Naval Construction Battalion where he ran a bulldozer. He then went to Camp Parks in Oakland, California via the troop trains (converted cattle cars with bunks and toilets and an oil stove). Pulled by a steam engine, the train was made up of ten to twelve cars. During his time in the Navy, Frank never stepped foot on a ship. Each time he was in line to board a ship, a higher-ranking officer plucked him out of line and told him to wait under a tree. He recalled waiting without any food, and watching the ships he was supposed to be on, sail away. Instead of sailing off he would be given a unique position on the ground. Frank was in the service about 14 months when the war ended, and he was honorably discharged July 25, 1946.

Upon returning home, with the GI bill, Frank started college in Fairbury, Nebraska where he met the love of his life and future wife, Dixie Smart. There, he completed two semesters, played football, ran track and studied Spanish and English. He was then hired by the US Postal Service. Frank and Dixie married on March 5, 1949, at the United Methodist Church in Fairbury in a double wedding ceremony with their best friends Ralph (Baldy) and Imogene Baldwin because Frank had a car.

Frank and Dixie’s union was blessed with two boys. Ralph James was born on February 14, 1950, and Gary Wayne was born November 1, 1960. Frank loved to be outdoors, and spent time rock hounding and hunting for arrowheads along the Little Blue River and hunted and fished with his two boys.

Frank was known for his love of dogs. Throughout most of his 95 years he had a dog in his company and loved taking walks, playing fetch, and spending time with them in his backyard.

Frank worked as Hebron's mail carrier for many years and credited all the walking as the secret to his long life. Frank retired from USPS on January 1, 1984. Dixie and Frank were inseparable since their wedding and spent many happy years collecting antiques and traveled to flea markets across the nation to sell their wares and socialize with the many friends they made in the business.

Frank loved planting and caring for his large garden that he tended every year. He grew beautiful flowers for the butterflies, his favorite were the monarchs; bucket loads of gooseberries; hordes of lima beans; an enormous amount of wild garlic and asparagus; many a (very) hot pepper, and tomato plants over 6 feet tall. You always knew when Frank had a bountiful year, which seemed to be every year, because he would leave bags of peppers on the doorsteps of his loved ones and friends.

Frank claimed he used to be deathly shy, but it was hard to believe, as he was a friend to everyone he met and always had a smile and a story or two. Odds were that he knew a relative, could name a number of extended family members and even share tidbits about their family history. He was a proud member of the American Legion and recently received his 75-year pin and also received a Master Mason accomplishment at Hebron Lodge 43.

Watching his grandchildren participate in their many activities brought him great joy. When his wife Dixie passed away in May 2010, Frank would visit her weekly at the cemetery, always with his dog in tow. He lived a long and full life and even in his last days shared a smile and a story with everyone he encountered.

Frank is dearly missed by his two sons, Ralph (Sharon Kennedy) of Lincoln and Gary (Special friend Anita Powers) of Farnam, three grandchildren, Kassi (Collin) Krupicka of Ohiowa, Frank (Chelsea) Hartley of Spalding, and Kate (Cody) Proskocil of Ord, and three great-grandchildren, Gus and Thad Hartley of Spalding and Wilhelmina Krupicka of Ohiowa. He is survived by his sister-in-law, Orva of Hebron, great nieces and their spouses and children and many dear friends. He is preceded in death by his parents, wife Dixie, and brother Donald “Pinky” Hartley.

Funeral services will be held on Friday, January 13 at the Hebron United Methodist Church at 10:30 a.m. A visitation will be held at Kroll Funeral Home in Hebron from 2 p.m. – 6 p.m. on Thursday, January 12. Organist Carlece Kenner, recorded selections: “This Road I Know”, “I Wish Grandpa’s Never Died”, and “Tennessee Waltz” and congregational hymn: “The Old Rugged Cross”. Pallbearers are his grandchildren, Kassi, Frank, and Kate, great nephew, Hayden Farnstrom, and good friends Harlan and Bruce Schardt. Memorials in care of the family. Condolences may be left at www.krollfh.com. The burial will take place at Rose Hill Cemetery in Hebron, with military honors by Thayer County Legion Posts.. His dog, Jake, will be standing watch and greeting everyone who attends.

To send flowers to the family or plant a tree in memory of Frank James Hartley, please visit our floral store. 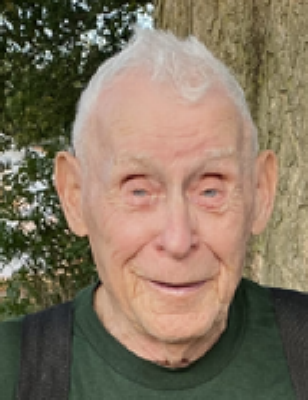