Share a memory
Obituary & Services
Tribute Wall
Read more about the life story of Dennis and share your memory.

Dennis Gustav Harms was born January 8, 1949 and left this earthly life Saturday, December 4, 2022. Dennis had a 12-year journey with blood cancer but is now safely in his eternal home with Jesus Christ his Savior.

Dennis' parents were Gustav and Velma (Bethke) Harms. He was born at the hospital/clinic in Davenport and baptized and confirmed at Bethlehem Lutheran Church, Kiowa. Dennis, along with sisters Virginia and Julia, grew up south of Davenport near the Little Blue River along the Oregon Trail. He attended Bethlehem Lutheran School Kiowa through the 8th grade and graduated from Deshler High School with the class of 1967.

He worked for his uncle, Vic Harms, in his fish business and farming for a time before moving to Texas where he worked in a boat business with his sister and her husband. He returned back to Nebraska and was employed at George Virus International in Hebron as shop foreman. He also enjoyed raising livestock and farming with his father.

Dennis met the love of his life, Susan Pedersen Barnes, who had returned to her hometown of Davenport after the tragic death of her first husband near Albion, NE. They were united in marriage June 24, 1978 at the rural farm home of her parents near Davenport. Dennis became the first earthly father to her young son, Jamon John, and two other sons, Jordan Dennis and Justus Carl, were born to this union. The family lived in Davenport several years before moving to the family farm south of Davenport where Dennis resided the remainder of his life.

Dennis was employed by the Thayer County Road Department and operated a motor grader in the northwest miles of Thayer County and enjoyed a career of 38 years. He took great pride in keeping his many miles of roads in top condition even if it required plowing snow all night. He felt the need to take care of everyone along his route.

Throughout his life and into retirement, Dennis enjoyed the ability to design, create, and repair anything he set his mind to. He greatly appreciated the skills he learned from his high school industrial arts teacher and inspired those same talents in his children. He enjoyed the timber campground and trails that he made and loved fishing from the pond or river as well as hunting. He enjoyed the tremendous neighbors in the area and felt blessed to have countless friends. His most precious treasures were his grandchildren and he enjoyed spending time with them making memories.

He was preceded in death by his parents, Gustav and Velma Harms, mother-in-law and father-in-law, Eula and Donald Pedersen, as well as many treasured aunts, uncles and cousins.

As per Dennis' wishes a private family burial was held Sunday, Dec. 4. Memorial services will be held Saturday, Dec. 10, at 10:30 am at St. Peter Lutheran Church in Deshler with Pastor Brian Francik officiating. Organist Anita Harms, family will greet friends 5-7PM Friday, December 9, 2022 at St. Peter Lutheran Church. A luncheon will be held after the funeral service at the Deshler Fairground Activity Building. The service will be livestreamed on the St. Peter’s Facebook page. Honorary pallbearers were Steven Harms, Douglas Harms, Everett Schardt, Jim Bohling, Glen Jones, Marvin Baden, Richard Kelm and John Pedersen. Music selections included, "Because He Lives", "Heaven Just Got Sweeter for You", "What A Day That Will Be" and "Amazing Grace (My Chains are Gone)" with recessional "Ashokan Farewell". Dennis had several projects and ministries that were dear to his heart, and his family will honor him by directing any memorial gifts. Dennis knew that there are far, far better things ahead than any we leave behind. Condolences may be left at www.kroll.com Kroll Funeral Home of Deshler is in charge of arrangements.

To send flowers to the family or plant a tree in memory of Dennis Gustav Harms, please visit our floral store. 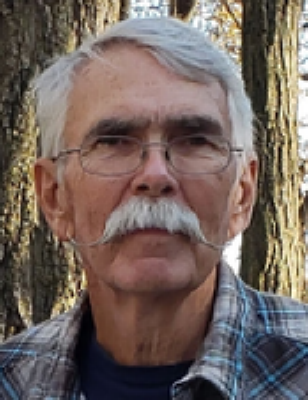