Share a memory
Obituary & Services
Tribute Wall
Read more about the life story of Michael and share your memory.

Michael began his schooling in Hebron, graduating from Hebron High School. He obtained his undergraduate degree from University of Nebraska and his master’s in business administration from Northwestern University.

Following college, Michael was honored to serve in the Peace Corps, volunteering first in Togo, Africa in 1990, educating on and implementing farming systems. Following two years of service overseas, Michael was then positioned in Chicago, Illinois, handling recruitment efforts and program administration.

Michael met his devoted partner, Humphrey A. Granger, in 2007, and they enjoyed building their lives together in Chicago, where they were engaged to be married. They shared many interests, including travel, cuisine, and spending time in nature. Michael was embraced by his partner’s family and friends in France, where they enjoyed many travels and experiences.

Michael was a respected colleague at The Gallup Organization, where he held several positions over the course of his career, most recently serving as a Senior Research Consultant. Michael was proud to have been recognized often by the company for his excellent and valuable contributions.

Sympathy cards may be mailed to his brother Jerrod Wiedel at 540 N. 5th St. Hebron, NE 68370. Michael was a registered organ donor and an avid proponent of the cause; memorial donations can be made to Live on Nebraska at https://liveonnebraska.org/give. Memorial services to be announced at a later date.

To send flowers to the family or plant a tree in memory of Michael J. Wiedel, please visit our floral store. 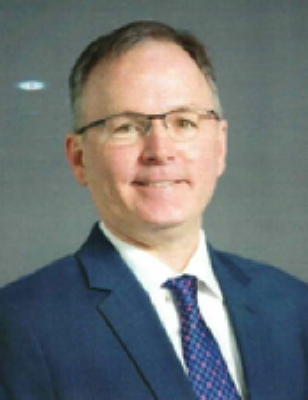 Family and friends are coming together online to create a special keepsake. Every memory left on the online obituary will be automatically included in the book.

You can still show your support by sending flowers directly to the family, or by planting a memorial tree in the memory of Michael J. Wiedel
SHARE OBITUARY
© 2023 Kroll Funeral Homes. All Rights Reserved. Funeral Home website by CFS & TA | Terms of Use | Privacy Policy | Accessibility